To share your memory on the wall of Christine \"Chris\" Ann Weiler, sign in using one of the following options:

Print
Christine Ann Weiler, 53, of Follansbee, WV, passed away on the morning of Thursday, February 21, 2019 at Golden Oaks, Follansbee, WV.

Chris was born January 26, 1966 in Steubenville, OH. She was the daughter of Jo Ann (Settle) Melko How... Read More
Christine Ann Weiler, 53, of Follansbee, WV, passed away on the morning of Thursday, February 21, 2019 at Golden Oaks, Follansbee, WV.

Chris was born January 26, 1966 in Steubenville, OH. She was the daughter of Jo Ann (Settle) Melko Howell and the late Stephen Michael Melko Jr. and Ted Howell. In addition to her father, Chris was preceded in death by her brother, Stephen Michael Melko III, Maternal Grandparents, Paul and Sue Settle, Paternal Grandparents, Stephanie and Stephen Melko, Mother and Father in-law, Wanda and Frank Weiler.

In lieu of flowers, please send donations to ALS Association at alsa.org in Chris’ honor.

Interment will be held private at a later date at Oak Grove Cemetery, Follansbee, WV.

To send flowers to the family or plant a tree in memory of Christine "Chris" Ann Weiler, please visit our Heartfelt Sympathies Store.

We encourage you to share your most beloved memories of Christine "Chris" Ann here, so that the family and other loved ones can always see it. You can upload cherished photographs, or share your favorite stories, and can even comment on those shared by others.

Andy and Maria Smith, Suzanne Smith, and other have sent flowers to the family of Christine "Chris" Ann Weiler.
Show you care by sending flowers

Posted Jul 22, 2019 at 06:13pm
I’m so sad and sorry to see his. Chris was an amazing woman and it was a pleasure knowing her. We had so many inside jokes and seemed to always get to laughing so hard together. She shared many recipes with me that I still use and think of her every time. No matter the day she always was smiling. My condolences and warmest hugs to the family.
Comment Share
Share via:
MP

Posted Mar 02, 2019 at 01:51pm
Eric, I just saw Chris's obituary online. I'm sorry that I didn't know in time to come to the visitation. Please know that I will keep you and your family in my prayers.
Marilyn Perhacs
Comment Share
Share via:
PM

Posted Mar 02, 2019 at 10:30am
Dear dear Chris, your life was too short but hopefully this donation will allow another person the ability to enjoy good health♥️

Posted Feb 24, 2019 at 05:42pm
Eric,Sydney,Johanna and JoAnn and Ted,
We are so sorry for your loss. Always know that heaven gained a special angel and she will be looking down on you all. We will keep your family in our prayers.
Take care,Harry and Sue Moore and sons and Carl and Judy Nice
Comment Share
Share via: 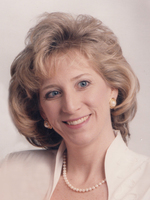 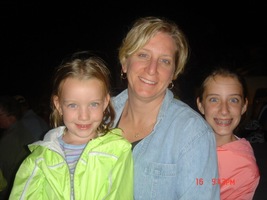 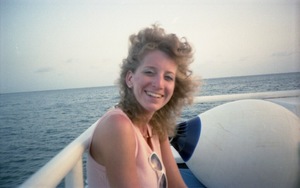