To share your memory on the wall of Clarence Mowder, sign in using one of the following options:

Clarence was born on March 2, 1952 in Hancock County, WV. He was the son of the late Kennet... Read More
Clarence “Chow” Elwood Mowder, 67 of Morresville, NC, passed away on Friday, September 13, 2019 at Mapleleaf Health Care, Statesville, NC.

Clarence was born on March 2, 1952 in Hancock County, WV. He was the son of the late Kenneth Mowder and Clara (Yost) Mowder.

Clarence worked at Eagle Manufacturing and later Weirton Steel Corporation where he retired after 30 years. Many remember Clarence for his love of working on cars.

Private cremation under the direction and care of the Chambers Funeral Home, Wellsburg, WV (304)737-3551.

To send flowers to the family or plant a tree in memory of Clarence Elwood "Chow" Mowder, please visit our Heartfelt Sympathies Store.

Receive notifications about information and event scheduling for Clarence

There are no events scheduled. You can still show your support by sending flowers directly to the family, or planting a memorial tree in memory of Clarence Elwood "Chow" Mowder.
Visit the Heartfelt Sympathies Store

We encourage you to share your most beloved memories of Clarence here, so that the family and other loved ones can always see it. You can upload cherished photographs, or share your favorite stories, and can even comment on those shared by others. 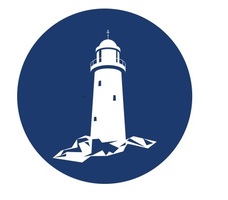