To share your memory on the wall of John Cunningham, sign in using one of the following options:

John was born on May 15, 1943 in Wheeling, WV. He was the son of the late Robert and Anne (Silvers) Cunningham.

John worked as a mechanic for the former McGee Motors, Wellsburg, WV and later in life worked as a campground host. Many will remember John for his love of camping with his wife at Tomlinson Run State Park and Mt Wood in North Bend, WV.

In addition to his parents, John was preceded in death by his two sisters, Mary Pearl and Myra Winters.

To send flowers to the family or plant a tree in memory of John Dale Cunningham, please visit our Heartfelt Sympathies Store.

Receive notifications about information and event scheduling for John

We encourage you to share your most beloved memories of John here, so that the family and other loved ones can always see it. You can upload cherished photographs, or share your favorite stories, and can even comment on those shared by others.

Scott, Jennifer, Maya & Cody, Arthur L O'Neill, and other have sent flowers to the family of John Dale Cunningham.
Show you care by sending flowers

Posted Jan 29, 2020 at 07:57pm
Darlene and Family, Our sincere condolences on John's passing. He surely earned his angel wings. Please hold tight the memories the family shared while he was here with us. Prayers to the family.

Posted Jan 28, 2020 at 10:46pm
My deepest condolences to the family. May God surround you with His strength, comfort and love during this difficult time. God bless.
Comment Share
Share via:

Posted Jan 28, 2020 at 06:51pm
I grew up beside John & Darlene and the kids I have a lot of great memories of us all on the ridge. So very sorry for you loss. My prayers are with you all
Hattie Marker Vojvodich
Comment Share
Share via: 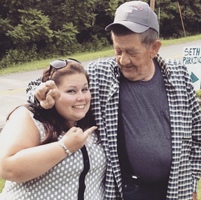 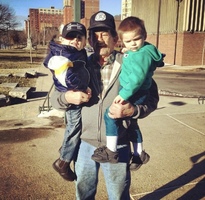