To share your memory on the wall of Justin Skywatcher, sign in using one of the following options:

The gesture that can change the world

Print
Justin Bertrand Galen Skywatcher, formerly known as, Lynn Elmer Queen, 77 of Wellsburg, WV, passed away at 1:35 PM on Wednesday, October 30, 2019 at his residence under the care of his family and Valley Hospice.

Justin was born on Septem... Read More
Justin Bertrand Galen Skywatcher, formerly known as, Lynn Elmer Queen, 77 of Wellsburg, WV, passed away at 1:35 PM on Wednesday, October 30, 2019 at his residence under the care of his family and Valley Hospice.

Justin was born on September 28, 1942 in Wellsburg, WV. He was the son of the late Bert Queen and Hilda (Midcap) Queen.

Justin was a member of the Wellsburg Christian Church, where at one time he served as deacon. He was employed at Bethany College as the Director of Data Processing from 1963 until 1999. He was then employed as the Director of Administrative Computing at Georgia Military College in Milledgeville, GA from 2000 until 2012. He was a member of the Gideon’s International, American Mensa, Ltd., the American Association for the Advancement of Science, the Data Processing Manager’s Association and the United States Chess Federation. At one time he was a part time faculty member at the West Virginia Northern Community College and a council representative for the Boy Scouts of America. At one time or another he was employed as a magazine salesman, gas station attendant, mail truck driver, radio station disk jockey and computer consultant.

In addition to his parents, Justin was preceded in death by his three siblings, Alberta Lauck, Elaine Murphy and Brent Queen.

Funeral Arrangements are private under the direction and care of the Chambers Funeral Home, Wellsburg, WV (304)737-3551.

The family request, instead of flowers, contributions may be made to either the Gideon’s International or to any college scholarship fund other than to Bethany College.

To send flowers to the family or plant a tree in memory of Justin Bertrand Galen Skywatcher, please visit our Heartfelt Sympathies Store.

There are no events scheduled. You can still show your support by sending flowers directly to the family, or planting a memorial tree in memory of Justin Bertrand Galen Skywatcher.
Visit the Heartfelt Sympathies Store

We encourage you to share your most beloved memories of Justin here, so that the family and other loved ones can always see it. You can upload cherished photographs, or share your favorite stories, and can even comment on those shared by others.

Posted Nov 04, 2019 at 08:43pm
Daniel and Family:
We are very sorry to hear about the passing of your father. Please accept our condolences
Comment Share
Share via:
JC

Posted Nov 03, 2019 at 05:20pm
While I only knew Justin IRC and Facebook, I felt like I knew him well. We talked about a lot of different subjects. I always enjoyed his Skywatcher of the Day. I will miss him greatly.

Posted Nov 03, 2019 at 11:08am
My deepest sympathy to the children and grandchildren of Justin. Your Dad helped me with a computer program to pass a college course at Muskingim College. He was truly brilliant. May Hod Bless You!
Comment Share
Share via:
MR

I’ve been pondering the idea that perhaps electricity, at least as we use it today, is indeed magic.

Consider the intelligent men of the past; Archimedes, Newton, Benjamin Franklin, may others.

Look what they would have considered magical- electricity lights our homes, cooks our food, cools our home, refrigerates our food and drinks. Thanks to electricity we can communicate with nearly anyone else in the world in a fraction of a second. No more waiting months for a hand written letter to arrive by ship. The list goes on and on- x-rays, lasers, radio, television, calculators, computers… and yet, look at a high-tension tower. From a distance the wires look like hairs. You cannot see the electricity, but there is enough there to power a small town. It’s invisible. Magnetic fields are invisible; you can’t taste, feel, or hear them. Isn’t that magic?

Let’s face it most pocket calculators contain tunnel diodes. Those operate by the mysterious laws of quantum mechanics. Only a handful of people actually understand what goes on in a cheap, four function calculator. Isn’t that magic?

So, I conclude that electricity is magic and electrical engineers are magicians.

Justin's work was rich and complex. Information Technology jobs specialize, but Justin mastered them all. At Bethany College, he was Unix System Administrator, Database Administrator, the one and only computer programmer, installed hardware, and even installed cables that connected hundreds of terminals to the main computer. He automated all the grades, invoices, transcripts, pay checks, statements, and mailers—and they looked beautiful. When Bethany College tried to replace him, they went through five people in five years.

He told me:
I moved to Georgia and started as a programmer only. In two years, I was promoted to Director of Administrative Computing. There I programmed and did the database administration. Others took care of the Unix system and installed hardware. I not only had fewer duties, I was paid more and best of all, I got some recognition for what I did. I have five medals and four certificates for good service. I was employee of the month.
Comment Share
Share via: 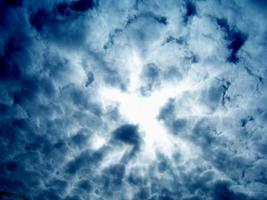 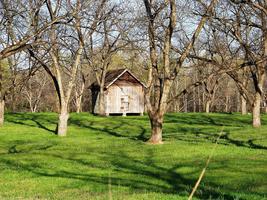 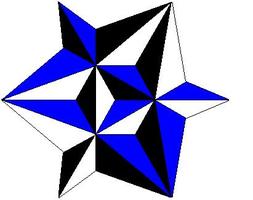