To share your memory on the wall of Siham Miller, sign in using one of the following options:

Provide comfort for the family of Siham Miller with a meaningful gesture of sympathy.

Siham was born in Aleppo, Syria, on September 24, 1934, the eldest daughter of Lukas and Mountaha Saba Karaelias.

Siham and George married in 1957 and continued living in Aleppo until 1966, when the family moved to Beirut, Lebanon. In 1986, George and Siham left Beirut and retired in Bethany, WV, where Siham continued to live for several years after George’s passing in 2009. Siham spent the last years of her life in Maryland.

Siham was a graduate of and employee at Aleppo College before marrying George. Throughout her life, Siham was a devoted wife, mother, grandmother, sister and aunt to her immediate and extended family. While living in Beirut, Siham was also an active volunteer with the American University of Beirut Hospital’s Women’s Auxiliary and also worked for a time at the AMIDEAST Beirut office.

A service will be held for Siham on Monday, December 16, 2019 at 11:00 a.m. in Bethany Memorial’s Old Meetinghouse (Main and Church Streets, Bethany) followed by interment beside her husband in God’s Acre Cemetery in Bethany.

In lieu of flowers, donations may be made to St. Jude Children Hospital at https://www.stjude.org/donate/.

Chambers Funeral Home of Wellsburg, WV (304)737-3551 is honored and privileged to assist the Miller family at this time of sorrow.

We encourage you to share your most beloved memories of Siham here, so that the family and other loved ones can always see it. You can upload cherished photographs, or share your favorite stories, and can even comment on those shared by others.

Posted Dec 11, 2019 at 11:23am
Martyn Miller and family, As you grieve know that we are remembering you and honoring the memory of "Siham Miller". Warm regards,

Flowers were purchased for the family of Siham Miller. Send Flowers 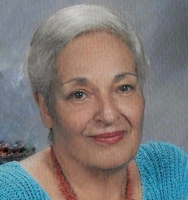