To share your memory on the wall of Stuart Kaminsky, sign in using one of the following options:

Stuart was born on September 19, 1952 in Willimantic, CT. He was the son of the late Abram Kaminsky and Margaret Alice (Danforth) Kaminsky, his devoted mother.

Stuart resided with his parents in many places, among them, Washington D.C., Bloomington, IN, Noank, CT, Groton, CT, Bethany, WV, and Worcester, MA. He traveled to Europe and often spent time in Maine. In later adulthood, he often flew between CT and WV to share time with each of his sisters.

Stuart worked multiple jobs for much of his life after finishing school. He worked in restaurants, in animal shelters, in the CT College Cafeteria, and lastly, at WATCH in Wheeling.

Stuart played the piano and was known for his love of music, his enthusiasm for " Star Trek" and horror movies, and his devotion to animals. He will be remembered for his warmth, outgoing personality, and his fantastic sense of humor. To be close to Stuart was to be loved by Stuart and to love Stuart. He gave much to the world.

Private arrangements are under the direction and care of the Chambers Funeral Home, Wellsburg, WV (304)737-3551.

To send flowers to the family or plant a tree in memory of Stuart Danforth Kaminsky, please visit our Heartfelt Sympathies Store.

Receive notifications about information and event scheduling for Stuart

There are no events scheduled. You can still show your support by sending flowers directly to the family, or planting a memorial tree in memory of Stuart Danforth Kaminsky.
Visit the Heartfelt Sympathies Store

We encourage you to share your most beloved memories of Stuart here, so that the family and other loved ones can always see it. You can upload cherished photographs, or share your favorite stories, and can even comment on those shared by others.

Posted Mar 02, 2020 at 05:19pm
I left my sincere condolences on another site but don't know if it was posted and I do want you to know that I am deeply sorry for your loss. Stuart left a lasting impression on me for many years. There was the time he was the only family friend that recognized me dressed like a witch on Halloween. It was such a shock when he answered the door and called your mom to tell her it was I at the door. I loved his enthusiasm with pets and the time he dressed Schnappsie in his Sunday Best, and his forever love of Star Trek. Above all I love the way the three of you had such a wonderful family bond.
Comment Share
Share via:
ER

Posted Feb 16, 2020 at 10:29pm
I was so sorry to hear about Stuart's passing. He was an amazing man and always made everyone smile. He was a friend to my daughter, Debbie, and always concerned that she be happy. He loved when I brought my dog over to their home and was so gentle with her. I have fond memories of Stuart and have missed him here in Connecticut but I think he was so happy to be with his sisters and other family, and I'm sure that he made many new friends. He took photography classes with a friend of mine and she said he made sure her special place next to him was always available. She also sends her condolences. My best to Harriet and Karen - you are truly an example of loving, caring and making sure Stuart had the best quality of life.
Ellie Roy
Comment Share
Share via:

Posted Feb 16, 2020 at 12:27pm
Stuart was a very good friend of mine at watch inc before he went to Russell Nesbit I’m going to miss my old friend
Comment Share
Share via:
GS

Posted Feb 14, 2020 at 09:10am
Karen and Floyd,
My deepest sympathies on your loss of Stuart. Sending prayers and love to you always.
Love, Jennifer and Ronnie
Comment Share
Share via: 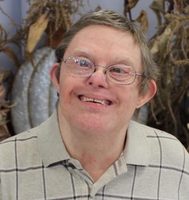