To share your memory on the wall of Wayne Lee Wilhelm, sign in using one of the following options:

Provide comfort for the family of Wayne Lee Wilhelm with a meaningful gesture of sympathy.

Print
Wayne Lee Wilhelm, 81, of Triadelphia, WV passed away on Sunday, August 4, 2019 in the afternoon at his home, surrounded by his loving family.

Wayne was born on March 10, 1938 in Steubenville, OH. He was the son of the late Stanley G. W... Read More
Wayne Lee Wilhelm, 81, of Triadelphia, WV passed away on Sunday, August 4, 2019 in the afternoon at his home, surrounded by his loving family.

Wayne was born on March 10, 1938 in Steubenville, OH. He was the son of the late Stanley G. Wilhelm and Elizabeth (Plummer) Wilhelm.

Wayne served his country in the United States Marine Corp and attended the former West Liberty State College. Wayne was a farmer his entire life - first with a dairy herd and then beef. He enjoyed studying agronomy and religion.

In addition to his parents, Wayne was preceded in death by his infant twin sister, Elaine Lea Wilhelm.

We encourage you to share your most beloved memories of Wayne Lee here, so that the family and other loved ones can always see it. You can upload cherished photographs, or share your favorite stories, and can even comment on those shared by others.

Beth Brody, Alan Baker & Stephanie Siburt, and others have sent flowers to the family of Wayne Lee Wilhelm.
Show you care by sending flowers

Posted Aug 08, 2019 at 06:05am
Nathan, I was very sorry to hear about your father's passing and would like to offer my sincere condolences to you and your family members.

Posted Aug 07, 2019 at 06:16pm
Dear Peggy,
I am so sorry to hear of Wayne's passing. My thoughts and prayers are of you and your family in this time of grief.
May God bless every one.
Sincerely,
Jim Schmitt
Comment Share
Share via:
HS

Posted Aug 06, 2019 at 04:09pm
Wayne as well as the entire Wilhelm family is in our thoughts and prayers. We send our most heartfelt condolences.

Flowers were purchased for the family of Wayne Lee Wilhelm. Send Flowers

Flowers were purchased for the family of Wayne Lee Wilhelm. Send Flowers

Posted Aug 06, 2019 at 10:31am
May Waynes Memory be a blessing to the entire family. Sincerely, Beth Wilhelm Brody and Ken Brody 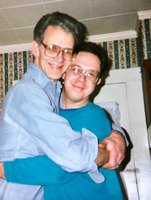 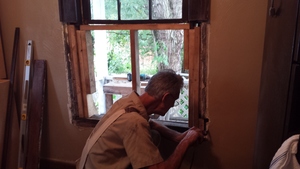 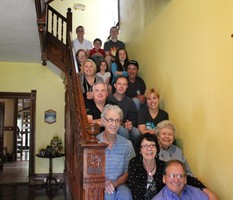