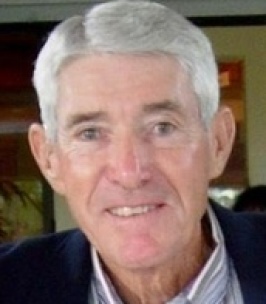 Share this tribute
Memorial Candles Lit for Peery B. | SEE ALL
Light a Candle
"We are honored to provide this Book of Memories to the family."
— Chambers and James Funeral Homes
Funeral Details Memory Wall Photos & Videos Send Flowers

Obituary for Peery B. Lewis

Mr. Lewis was born on September 4, 1929 in Wellsburg, West Virginia to George M. and Sallie (Brittain) Lewis. Mr. Lewis was raised on a 200-acre farm in Wellsburg, Brooke County, West Virginia in a farm house that was built in 1787. Mr. Lewis graduated from the College of William and Mary in 1951 with an undergraduate degree in Mathematics. He had a storied college basketball career at William & Mary and was twice named All Southern Conference. He received a Master's Degree in Education from William and Mary as well.

Mr. Lewis received the National Defense Service Medal following almost two years' service in the U.S. Army at Ft. Lee Virginia. He was honorably discharged from service in June 1954 and transferred to the Army Reserve to complete 8 years' service under the Universal Military Training and Service Acts. Mr. Lewis started his career as a high school math teacher and basketball coach in Portsmouth Virginia where he met his future bride, Betty C. Lewis. Throughout the years, Mr. Lewis administered, coached and supported many youth sports programs and teams. In business, Mr. Lewis held roles of increasing levels of responsibility in the insurance industry ultimately terminating service as the Chief Administrative Officer with information technology oversight at Life Investors Insurance Company of America (later Aegon, Transamerica) in Cedar Rapids, Iowa. Mr. Lewis moved to Florida in 1987 and along with a partner founded a benefits administration company known as Flex Systems. Mr. Lewis sold Flex Systems and retired from business in 1999.

Mr. Lewis was a resident of Palm City, Florida since 1987. He was a long-time member of Palm City Presbyterian Church and over 30-year member of Piper's Landing Yacht and Country Club where he and Betty were avid golfers. Mr. Lewis spent the last two years as part of the Allegro senior living community in Stuart, FL.

Knowing Mr. Lewis was to experience his playful, loving kindness every day. Throughout his life, Mr. Lewis carried a passion and holy commitment to service for others, particularly his family. Mr. Lewis valued and invested in education and frequently remarked with pride about the many achievements and travels of his grandchildren, grand-nieces / nephews.

Graveside Service will be held on Saturday, December 8, 2018 at 11:00 AM at Bethany Community Cemetery, Bethany, WV.

Graveside service and interment is under the honor and care of the Chambers Funeral Home, Wellsburg, WV (304)737-3551.

Please add or view condolences and stories at www.chambersandjames.com


To send flowers to the family of Peery B. Lewis, please visit our Heartfelt Sympathies Store.

We encourage you to share any memorable photos or stories about Peery B. . All tributes placed on and purchased through this memorial website will remain on in perpetuity for future generations.

May your memories of Peery B. Lewis, give you peace, comfort and strength…

US Army Veteran, Peery B. Lewis, is “A True American Hero” God Bless†

Thank you for sharing!

Provide comfort for the family by sending flowers.

Or use your email:

Share on Facebook
Send flowers to the family
Choose from beautiful standing, table and basket arrangements. Safe and secure online ordering.
View Flower Arrangements
What has already been purchased for the family?
Family Log-In

Connect with families at their time of loss. By subscribing to email updates, you will receive two daily updates containing all new stories, photos, candle lightings, condolences, and more.