To share your memory on the wall of Esther Baker, sign in using one of the following options:

Provide comfort for the family of Esther Baker with a meaningful gesture of sympathy.

Esther was born on January 14, 1930 in Steubenville, OH. She was the daughter of the late Albert C. Fletcher and Lowena (Ford) Fletcher.

Esther was a member of Quinn AME, Steubenville, OH. She worked as a life guard at Central Recreation Center, a School Crossing Guard and the Manager of the State Liquor Store in Hollywood Plaza for many years until her retirement.

We encourage you to share your most beloved memories of Esther here, so that the family and other loved ones can always see it. You can upload cherished photographs, or share your favorite stories, and can even comment on those shared by others.

Posted Jan 30, 2020 at 10:16am
Mrs. Fletcher and my mom, Dorothy Clayton, were great friends. They were both gorgeous women and shared in common a large brood of kids, including a set of twins. When I was little, Mrs. Fletcher would stop by our house to visit and I would ease drop on their girl talk. I loved hearing their jokes and laughter which literally exploded from the kitchen table. Mrs. Fletcher's visits were some of the rare times that I saw my mother let down her hair and enjoy her youth. I am so grateful she had a friend like Mrs. Fletcher who was full of spontaneity, fun, and enthusiasm. May she rest in heavenly peace.
Hazel Clayton Harrison
Comment Share
Share via:
D

Posted Jan 29, 2020 at 02:36pm
Sincere and heartfelt sympathy for the family May God keep you in his loving arms during your sorrow RIH Ms Esther
Deidre A Edwards
Comment Share
Share via:
JC

Posted Jan 28, 2020 at 04:22pm
At this sorrowful period in your life, please accept my sincerest condolences for the death of your loved one.  Reflecting on the divine promises found in the Bible will give you hope and strength to keep going until all of God's promises are fulfilled. (Romans 15:13; John 5:28, 29).
Comment Share
Share via: 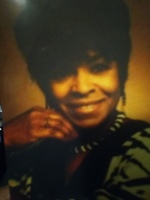