To share your memory on the wall of Johnny Robert Six, sign in using one of the following options:

Provide comfort for the family of Johnny Robert Six with a meaningful gesture of sympathy.

Johnny retired from Wheeling Pittsburgh Steel Corp. in the Coke Plant. Many will remember Johnny for his love of riding his Harley and his dog, Bella and cat, Gracie; but most of all for the devotion and love of family especially his grandson.

In addition to his parents, Johnny was preceded in death by his first wife, Linda (Bounatsas) Six, two siblings, Gary Six and Mary Lou Six, and sister-in-law, Patty Marshall.

We encourage you to share your most beloved memories of Johnny Robert here, so that the family and other loved ones can always see it. You can upload cherished photographs, or share your favorite stories, and can even comment on those shared by others.

Carolyn Marshall-Koratich, Amy White & the Global LGM Comms Team, and others have sent flowers to the family of Johnny Robert Six.
Show you care by sending flowers

Posted Jun 07, 2019 at 12:30pm
Please accept our most heartfelt sympathies for your loss... Our thoughts are with you and your family during this difficult time.

Posted Jun 07, 2019 at 07:05am
Wonderful man! He could make you laugh and always had a smile on his face. Thoughts and prayers are with his family. John, you will be missed 😢
Comment Share
Share via:
V

Posted Jun 07, 2019 at 06:48am
Our thoughts and prayers are with you this time. We will always remember his great smile .
Mr. & Mrs. Edward Littlejohn
Comment Share
Share via:
NB 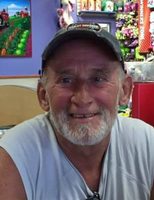 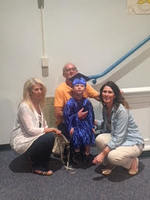 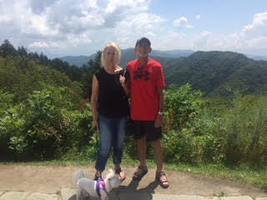